Where are the best suburbs in Perth? 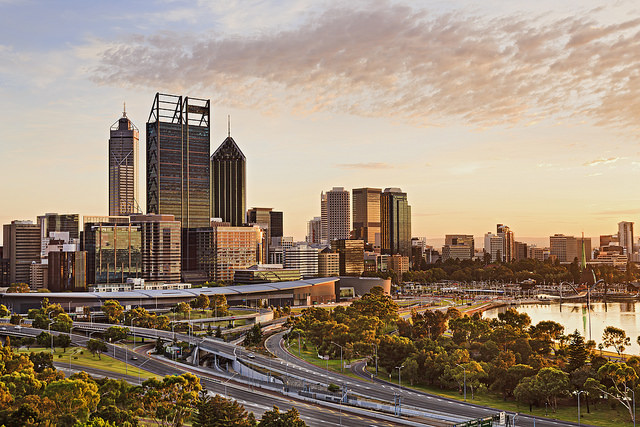 Western Australia’s capital city, Perth, attracts many home buyers and renters alike who want to find the perfect property to suit their lifestyle. In saying this, it can be difficult to know where the right suburbs are located and this can make looking for a property seem impossible.

Looking for property in Perth? Read our list of Perth's safest suburbs.

At Lendi we want to make the process easier so we have created a list of Perth’s best suburbs based on their proximity to schools, the beach and the time it takes driving and by public transport to get to the CBD, as well as number of parks. We have also included how safe the suburb is and both the average price of houses and units.

If being in the heart of the CBD is what you’re after, look no further than the suburb of Perth itself. Just 1 minute both driving and taking public transport is all it takes to get to the CBD, this suburb is perfect for those who work in the city. It is also only 1.07kms from the closest beach, should you want some fresh salty air. While there are only a handful of schools located in the neighbourhood, there are many parks which act as a sanctuary to escape the hustle and bustle of the CBD. The suburb of Perth has experienced 301 reported crime incidents in the 12 month period between April 2016 and 2017. It’s important to keep in mind that it is located in the city centre and so has more visitors and residents than that of a residential outer suburb. East Perth is close to the beach and only a short 8 minute drive or 12 minute commute to the CBD. Just 0.65kms from the sea, East Perth is known for being the home of sporting grounds with both the WACA and Gloucester Park located in the 6004 area. There are also many parks in the neighbourhood as well as Trinity College which is a boys school years 4 to 12. East Perth, however, has had 464 incidents occurring between April 2016 and 2017. If you are looking for a suburb with both primary and secondary education options as well as parks, Perth’s inner suburb, Highgate, might be right for you. Just 1.13 kms from the beach and 7 minutes drive or 13 minute public transport commute to the CBD, Highgate offers you the perfect balance between coastal and city living. Highgate is also known to be a generally safe area with only 120 reported crime incidents in the April 2016-April 2017 period. Ashfield started as just a few houses by the train line, and in the 1950s and 60s the area experienced a housing boom, thus it became more populated and desireable. If schools are important for you, you’ll be happy to know that there are a variety to choose from, as well as a handful of great parks that are the perfect place for leisure activities. If you are working in the CBD it will take you 18 minutes to drive into the city centre or roughly 37 minutes on public transport. The suburb is also very safe, with only 45 reported incidents occurring between April 2016 to April 2017. Located on Perth’s Swan River is the suburb of Crawley, which is known for its breathtaking water views and iconic Crawley Edge Boatshed, that is said to have been built in the early 1930s. If the lake alone isn’t enough to attract you to this suburb, the 0.19km proximity to the closest beach might do it, or the hefty number of parks in the area. It takes just 14 minutes to drive to the CBD and approximately 38 minutes by public transport, making it still a viable suburb to buy or rent in if you work in the city centre. There are also many schools in the area as well as the suburb being the location of the state’s oldest university, the University of Western Australia. Lastly, of all 5 suburbs listed Crawley had the lowest number of crime incidents, with only 36 reports in the 12 month period between April 2016 and 2017.

There you have Perth’s best suburbs based on their proximity to the CBD, beaches, schools and parks. However, there are many other great suburbs in Perth, so before you make a final decision to buy or rent make sure that you also do some research of your own.

To disover more about property in Australia, read our list of Australia's safest suburbs.