Where are the best suburbs in Brisbane? 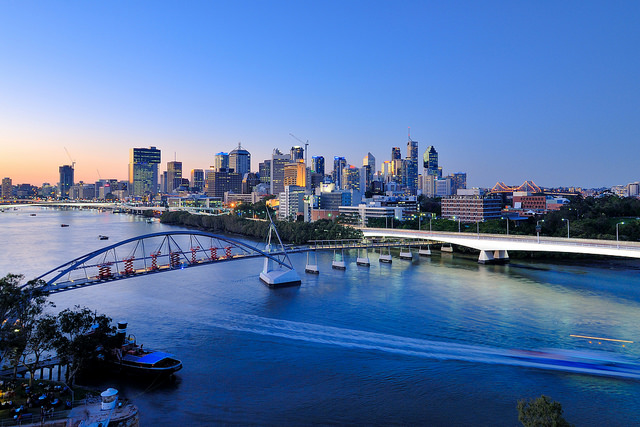 Looking to buy or rent in Brisbane but not sure which suburb is right for your lifestyle? Do you like the business of the city, but also enjoy relaxing on the sand and cooling off in the sea? Or perhaps you want to find an area rich in educational institutions?

Finding a suburb that suits your own unique needs can be difficult. Here at Lendi we’ve created a list of the top 5 Brisbane suburbs according to lifestyle needs, including living close to the CBD, being near the beach as well as having access to parks and schools. We’ve also included suburb crime rate and median house and unit prices to help narrow down your choice of neighbourhood. Originally, the suburb of Dutton Park was slow to be developed. Now, it’s a thriving area due to its close close proximity to the beach, which is under half a kilometre away. Plus it only takes short 10 minute commute to the CBD by car, 21 minutes if you’re travelling via public transport. The area is known for it’s large waterside park which offers plenty of space for recreational activity, along with two neighbouring primary schools. It’s also a very safe area for young children, due to only 293 reported incidents of theft, property damage, unlawful entry, robbery and arson in the 12 month period between September 2016 and 2017. The inner city suburb of South Brisbane is perfect for anyone who enjoys being both close to the CBD and the beach, which is only 0.38kms away. If you work in the CBD or are a frequent visitor to the heart of Brisbane’s business district, it’s a short 9 minute drive from Brisbane’s South, 11 minutes if you’re taking public transport. The suburb itself contains many schools, including tertiary education institutions as well as parks. Although the crime rate fluctuates from mid to high, it’s important to remember that a closer proximity to the city means a greater crime rate. So far, there have been 971 reported incidents of theft, property damage, unlawful entry, robbery and arson in the 12 month period between September 2016 and 2017. Spring Hill is an inner city suburb of Brisbane and one of the city's oldest residential neighbourhoods, with some properties dating back to the 19th century. Besides its rich history the suburb is also home to a handful of schools and parks, making it perfect for families. While it is the furthest suburb, of the 5, away from the beach with the closest being 0.94kms away, it is just a 5 minute drive to the CBD or 19 minutes by public transport. The area is also relatively safe having only 410 incidents in the past 12 months. The breathtaking suburb of Kangaroo Point is located directly on the Brisbane River and is a popular place for recreational activity. Though the area only has one primary school, there are many primary, secondary and tertiary education institutions in nearby suburbs. The neighbourhood is just 0.22 kms from the beach, and is home to the famous Kangaroo Cliffs and many parks. Just a 8 minute drive or a 24 minute commute on public transport will get you to the CBD, making it the perfect suburb for those working in the city. It is also a relatively safe suburb and has only had 447 reported incidents of theft, property damage, unlawful entry, robbery and arson in the last 12 months. Lastly, the inner suburb of Brisbane City, also referred to as the heart of Brisbane. Whilst you will not find many schools in the area, it is home to many parks, including the Brisbane City Botanic Gardens. If being in the CBD is your main priority, this is the perfect place for you, and the beach is under half a kilometre away. In terms of crime, it doesn’t have the greatest track record having had 2,756 reported incidents in the 12 month period between September 2016 and 2017, however you must keep in mind that it is the CBD and so has a higher population density.

If living close to the city as well as the beach is the lifestyle you are after, then these suburbs may be possibilities for you to consider. Moreover, each area also offers plenty of recreational park spaces as well as access to educational facilities.