Where are the best suburbs in Adelaide? 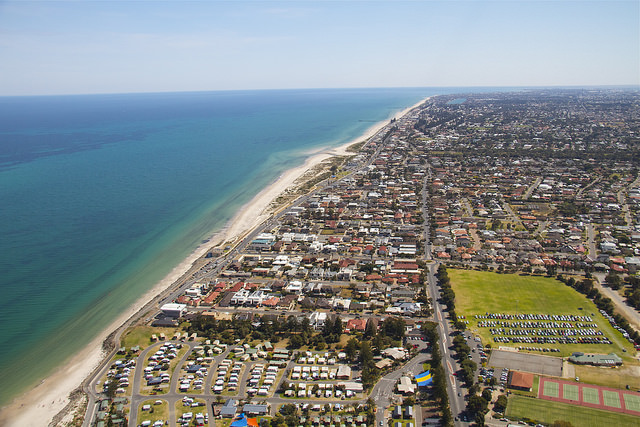 Looking to buy or rent in South Australia’s capital city, Adelaide, but not sure where to start? When it comes to property, choosing a suburb that suits your lifestyle can be a hard choice to make, let alone knowing where to look. The challenging part is finding out which suburbs have what you need if you have not already lived there.

Looking for a safe neighbourhood? Read our list of Australia's safest suburbs.

To make discovering your ideal suburb easier, here at Lendi we have created a list of Adelaide’s 5 best suburbs according to lifestyle preferences. For someone who wants to live close to the CBD, not far from the beach, and still have easy access to both parks and schools, these suburbs could be a match for you. We’ve also included each suburb's median house and unit price as well as the crime rate in that police region. Just a minutes drive or public transport commute to the CBD makes the suburb of Adelaide the ideal location for anyone who works in the city centre and doesn’t want to travel far. The only slight downside of being so close to the CBD is that it does mean that the beach is 8.23kms away, however realistically that is not far to travel should you want to go for an afternoon swim! The suburb is also surrounded by multiple beautiful parks, the most noteable being Adelaide’s Botanic Gardens and Himeji Garden, as well as being home to many educational institutions both primary, secondary and tertiary. The suburb of Adelaide is also located in a relatively safe police district, with only 11,078 offences occurring in the 12 months between August 2016 and 2017 in the whole Eastern Adelaide region. If you are looking for a suburb that has it’s own beach as well as many parks to choose from, the coastal suburb of North Brighton just might be for you! The area is home to both a primary and secondary school, which makes it a great suburb if you are looking for an area with educational institutions. The only downside of this beautiful coastal suburb is that if you work in the city centre it will mean a 25 minute drive or 49 minute commute on public transport to reach the CBD. North Brighton is located in the Sturt region, where between August 2016 and 2017 there were 15,541 reported offences against the person and property, however the suburb is known for being a quiet and safe neighbourhood. The charming coastal suburb of Henley Beach South is the perfect area for those who love the beach and also enjoy having a range of park facilities within walking distance. The coastal neighbourhood is said to be a great area to raise a family, with Henley Beach Primary School located closeby and Henley High School and other educational institutions located in neighbouring suburbs. It takes 22 minutes to drive or 46 minutes by public transport to travel from Henley Beach South to the CBD. The suburb falls into the Western Adelaide Region which had 11,078 reported offences against the person and property in the 12 months between August 2016 and 2017. If you want to live on or next to the beach, Henley Beach may be the right suburb for you. This coastal neighbourhood is not only home to a stunning beach, but also has a range of parks and greenspaces such as Henley Square and the John Mitchell oval. When it comes to educational facilities there are also a range of both primary and secondary schools both located in the suburb and closeby in surrounding areas. If you need to get to the CBD it will take you 21 minutes by car or 35 minutes by public transport, which makes it ideal if you want to have a coastal lifestyle away from the hustle and bustle of the city centre. Henley Beach is located in the Western Adelaide region which had 11,078 reported offences against the person and property take place between August 2016 and 2017. Glenelg is also just a 21 minute drive or 36 minute commute on public transport away from the city centre and has walkable access to the beach, which means that you can live both a coastal and city lifestyle. The suburb itself has many restaurants and bars, as well as beautiful parks and greenspaces to relax or exercise. There is also primary and secondary schools located in Glenelg and in the surrounding neighbourhoods. The suburb, which falls into the Sturt region, had 15,541 offences against the person and property that occured between August 2016-2017, and is known as having slightly more offences due to it’s higher population and proximity to nightlife.

There you have Adelaide’s 5 best suburbs according to proxiity to the CBD, distance to the beach and access to both local parks and schools. Remember that there are many other great suburbs in Adelaide, so before you buy or sign a rental contract make sure that you carry out your own independent research.

Looking for a better home loan?

Search over 30 major and non-bank lenders in Australia.