Where are the best suburbs in Melbourne? 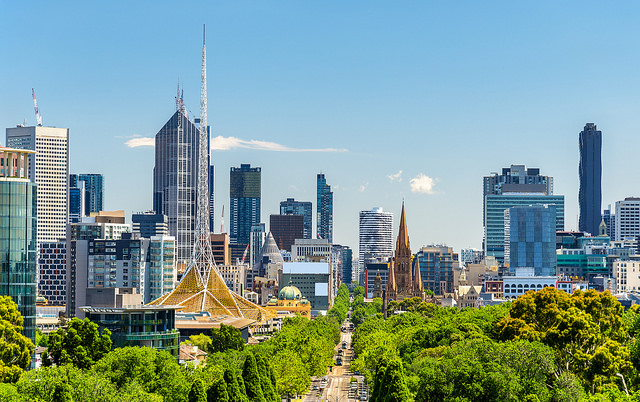 When it comes to buying or renting, it's hard to know which suburb will be right for you, and what's considered a ‘good’ suburb. While Melbourne is the most liveable city in the world according to The Economist Intelligence Unit, much like any other city it has suburbs that are more desirable than others.

Is safety important to you? Read our list of the safest suburbs in Melbourne.

To make 'suburb searching' easier for you, the Lendi team has devised a list of the top 5 suburbs in Melbourne based on their lifestyle benefits. These benefits include the suburb's proximity to the CBD, distance to the beach and number of schools and parks. We have also included house and unit average prices as well as the area's crime rate.

Wondering if you can save on your home loan?

Find a better rate in 30 seconds with Lendi. Located in an area with many primary and secondary schools, as well as plenty of parks including the well known Catani Gardens. Plus, the suburb is only 0.25kms from the beach. It takes just 18 minutes to drive from St Kilda West to the CBD, and roughly 29 minutes by public transport. The suburb also has a declining crime rate, with only 218 offences occuring this year, down from 220 in 2016. The suburb of Albert Park is home to multiple junior and secondary schools. One of the more popular suburbs, Albert Park has numerous leisure facilities, running tracks, open parks, an olympic pool and is only 0.25kms from the beach. Moreover, the suburb is also located just outside Melbourne city centre which makes it a short 18 minute drive or 29 minute commute to the CBD. It is a relatively safe area as well although the crime rate has increased by 57.5% in the past 12 months.

Have you checked interest rates lately?

We search over 25 major Australian lenders in seconds. If you enjoy walks along the bay or even simply jogging around different parks, Port Melbourne is the place for you! The suburb is home to many schools as well, and is just 0.73 kms from the beach, if the bay and pier alone is not enough. Just a 17 minute drive or 25 minute commute by public transport to the CBD, Port Melbourne is a prime location. However, the crime rate in the area has increased by 22.9% since last year. There is only one primary school in Seaholme, however there are many parks including a dog friendly nature reserve that is known for it’s stunning Bay views, as it is only 0.36 kms from the beach. The suburb comes across as a hidden gem to most, but in actual fact the commute to the CBD is only a 28 minute drive, 37 by public transport. It also has a very low crime rate with just 73 reported incidents this year.

Seen a for sale sign and wondering how much the property is worth? Find out with our free property report. The suburb of St Kilda is home to several schools and a plethora of parks, the most renowned being St Kilda’s Botanical Gardens. The beach is only 0.84 kms away and it takes a mere 19 minutes to drive to the CBD or 30 via public transport. More importantly the suburbs crime rate in 2017 has decreased by 5.1% since last year.

If you want a Melbourne suburb that suits your lifestyle, these top five are the way to go. It’s important to recognise that there are many other great suburbs offering similar facilities or hold amenities that better suit your needs. Make sure to carry out independent research before you decide to buy or rent a property.