What $1 million can buy you in 8 major Australian cities 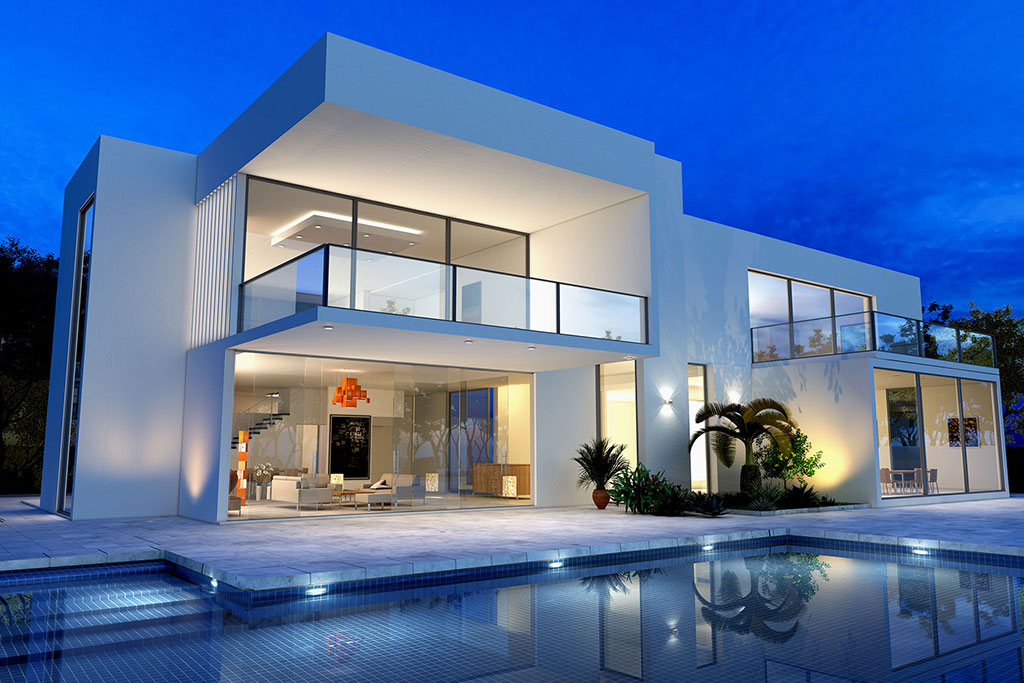 Living in the heart of a city can have its advantages. You’re close to many places of work, public transport, shopping centres, restaurants – all the things that make a city great.

But with house prices skyrocketing across Australia, it can be difficult to know what areas are still affordable. We’ve compiled a list of just what kind of property $1 million will buy you in the state and territory capitals. Competition for property in Sydney is fierce. For $1 million, you’re likely to be stuck with a cosy 1 bed, 1 bath apartment in the CBD, and maybe one parking space if you’re really lucky.

It’s a similar story in the surrounding suburbs – areas like Bondi, Rose Bay, Mosman, Maroubra and Arncliffe, for example. Those beautiful old Victorian terraced houses in suburbs like Paddington, Darlinghurst and Edgecliff will cost you closer to $2.5 million than $1 million.

Out west, however, in suburbs like Parramatta, Wetherill Park, Beverly Hills and Strathfield that are a bit further away from the CBD, you can find spacious 3 bedroom, 2 bathroom houses with garages for around $1 million. You can also find 2 bedroom apartments in these suburbs for well under the $1 million mark. Known for its laneway cafes, tramlines, vibrant culture and enviable shopping scene, Melbourne has been ranked the world’s most liveable city many times over.

In close-by suburbs like St Kilda, Richmond and Brunswick, you’ll find apartments and even a few small 2 or 3 bedroom houses with an asking price of $1 million or less.

Could you get a lower home loan rate? The capital city of Queensland is constantly drenched in sunshine and humidity, so if you’re a shorts and thongs kind of person, Brisbane is the city for you.

However, the weather doesn’t seem to detract from the value of property in the city. In Brisbane, you’ll find central 1 and 2 bedroom apartments with stunning views of the Brisbane River often on the market for under $1 million.

The median property price for many nearby suburbs, like Enoggera, Windsor and Woolloongabba are also just under $1 million. With a warm, sunny climate, plenty of white sand beaches and an undeniably laid-back character, Perth has become a popular place to live among young, independent adults.

With a median house price of $895,000 in central Perth, you might be surprised by the kinds of property you can find on the market for $1 million or less. There are 2 and 3 bedroom apartments, terraces, duplexes and houses, located in the CBD and in its surrounding suburbs, with price listings anywhere between $400,000 and $900,000.

Overall, the Perth housing market has experienced a steady decline over the last few years, with an oversupply of properties being met by a lack of demand from buyers. While this is bad news for investors, it does present an opportunity for the residents of Perth and surrounding areas who might be looking to relocate to or upsize in the state capital. Adelaide is Australia’s fifth largest city, and a majority of the population is made up of independent young people and working professionals. The median house price in the CBD is currently $757,000, while the average price for a unit is $435,000, making it one of the most affordable Australian mainland cities.

Currently, the Adelaide property market lists 2 and 3 bedroom, 2 bathroom penthouses, apartments and refurbished warehouses for less than $900,000, right in the heart of the city. $1 million, or in many cases less than that, will buy you a modern 2 or 3 bedroom house in surrounding suburbs like Norwood, Dulwich and Richmond. Hobart is one of the most underrated and beautiful Australian cities, as well as one of the most affordable. The median house price of the second oldest capital in Australia is $960,000. While this is more than Perth, for example, you’ll likely get the most amount of space for your money by purchasing a property in Hobart.

In the city itself, there are 2 and 3 bedroom houses and apartments on the market for around $800,000. However, there are also listings for 5 and 6 bedroom houses in nearby suburbs like Mount Stuart, West Hobart and Sandy Bay with an asking price from a little under to a little over $1 million. The mother of all Australian capitals is growing, in terms of population and infrastructure, making it attractive to potential home buyers and investors. However, Canberra house prices have skyrocketed massively, with the median house price now above the $1 million mark. But, there are still properties available under this record-high threshold.

You’d be hard-pressed to find a house in Canberra Central for less than $1 million, however in nearby suburbs like Narrabundah, Red Hill, Kingston and Griffith you might have more luck. Perhaps better known for its stunning, rugged geography than a sparkling city skyline, Darwin is the capital of the Northern Territory. It is the smallest Australian capital but also the second fastest growing, after Melbourne.

While the Northern Territory as a whole is greatly underpopulated considering its size, the capital is experiencing rapid population growth as people flock from more rural areas for a taste of the city life.

Half a million dollars or less can buy you a 1 or 2 bedroom unit in the capital, while slightly over $600,000 will get you a 3 bedroom place. In suburbs like Bayview, Woolner and Fannie Bay, $1 million (or slightly over) can get you a beautiful modern house with up to 5 bedrooms and stunning ocean views.