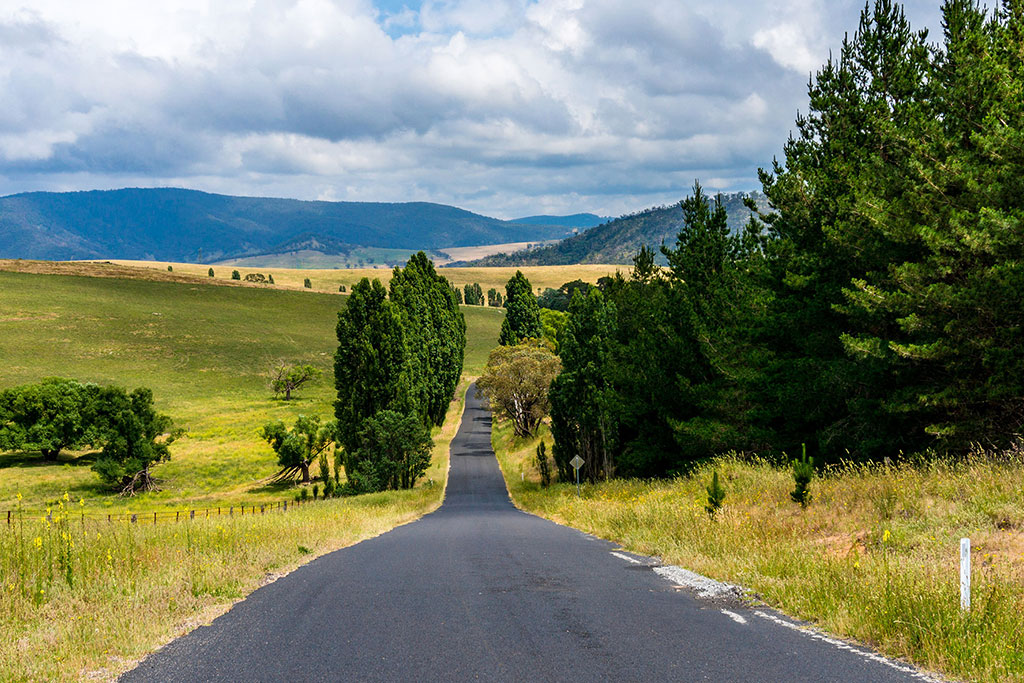 Country towns offer a cheaper and more relaxed alternative to big city living. More and more people are moving away from the city and out into the countryside to take advantage of the cheaper housing prices and the simpler lifestyle.

Some country towns are on the rise, with demand for property increasing every year due to booming business, a flourishing tourism industry or the development of better infrastructure and educational facilities. Property in such towns could make a great potential investment, while downsizing to a house in the country could be perfect for you if you’re an empty nester or recently retired. Armidale could hardly be considered a small country town, due to its sizeable population. Home to the University of New England, Armidale is a cosmopolitan city that sits midway between Sydney and Brisbane, surrounded by acres of farmland and stunning national parks. The regional airport and CountryLink Train offer easy access to both cities.

Armidale is one of 7 ‘Evocities’ in regional NSW that offer career and lifestyle opportunities akin to the bigger cities. This means you won’t have to commute to a nearby city to have a well-paid job, and you won’t have to spend millions on a house to keep it. Interestingly, Armidale is also one of just 20 Australian cities that has a plentiful, constant water supply.

Armidale boasts countless cultural and historical hotspots, from vineyards and waterfalls to museums and art galleries. There are plenty of boutique stores as well as larger shopping centres to satisfy all your shopping needs and all kinds of recreational activities on offer, including fishing, bike trails and golf clubs, if you crave the outdoors. The largest town in the Southern Highlands, Bowral is home to a fairly large population. A charming but fairly upmarket town, the average house price in Bowral has almost doubled in the last 10 years and shows no signs of decreasing, a possible incentive for potential investors.

Perhaps most famous for being the birthplace of legendary cricketer Sir Donald Bradman, Bowral has long been a weekend escape for many Sydney-siders, and a much sought after destination for retirees. Potential investors should find themselves with no shortage of demand for property in the area.

Bowral has also become a hotspot for families, due largely to growth of good schools in the area. The easy commute to Sydney and Wollongong is also a big draw. It can take less than 2 hours to reach both destinations.

With no shortage of gourmet cafes and restaurants, boutique stores selling everything from clothing, to books, to antiques, as well as great schools, an annual floral festival in September called ‘Tulip Time’, picturesque surroundings, award-winning vineyards and a relatively short commute to nearby metropolitan areas, there’s a good reason it costs a little more to live in Bowral than in the average country town, and many are willing to pay it.

Looking for something a bit closer to the beach? Read our article on the 7 beautiful coastal towns to buy property in NSW. The small town of Bellingen on the NSW Mid-North Coast is a half-hour drive south-west from Coffs Harbour. The town is much loved for its good vibes, organic ideals, quirky cafes and particularly for its arts, music and cultural scene.

Many people move to Bellingen seeking an alternative, laidback and artistic lifestyle. The Bellingen Music Festival, the Bellingen Writers Festival and the family-oriented Camp Creative are just a few examples of annual creative events that draw major interest from residents and travellers alike. The Bellingen Markets, which take place on every 3rd Saturday of the month, are also a major draw. Selling everything from fresh produce, to homemade handicrafts, and offering live entertainment and activities for all members of the family, it’s easy to see why the markets, and the town, are so popular.

Discover how much you might need to pay in NSW. A 3 and a half hour drive north-west of Sydney, Mudgee is similar to Bowral in that it offers a country lifestyle with city convenience, except with a smaller price-tag. With options to live in the more central Mudgee CBD, or out in the semi-rural areas surrounding it, there’s bound to be a property suited to your needs.

Surrounded by rolling hills and featuring wide, tree-lined streets, Mudgee is as beautiful a country town as any. Mudgee is particularly popular among empty-nesters and retirees, but families with children are also taking advantage of the cheaper, more laidback alternative to city-living. Mudgee has recently become a sort of haven for food-lovers. The fertile farmland that surrounds the town ensures cafes and restaurants always have the freshest local produce on the table.

Many first time homebuyers are finding that they can actually afford to buy their first home outright in Mudgee, and that they can manage the home loan repayments, whereas in a city like Sydney they’d likely spend a good 20 years or more paying off a home loan.The town is on the rise, though, so property may not stay quite as affordable for much longer. Hay sits along the Murrumbidgee River in the Western Riverina region of NSW, and is surrounded by wide open plains and grasslands.

Hay has a rich and varied history, with the many historical and heritage buildings adding to the town’s unique charm. Agricultural and horticultural opportunities abound for those who seek them. With plenty of good schools, health facilities, parks and recreational facilities, as well as trendy cafes and shoppers, Hay offers everything you would expect from a country town.

In Hay you will find a community that is welcoming and hospitable, a place well suited to those seeking a quieter life.

Could you pay less on your home loan?