How Aussies deal with neighbour disputes 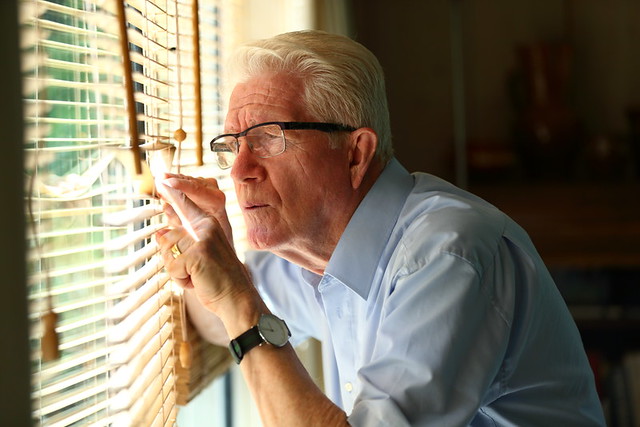 As the theme song for the long-running Aussie soap Neighbours proclaims “Everybody needs good neighbours”. But what happens when Australians get into disagreements with those they share a fence with? The truth is you can’t choose your neighbours. Issues with those who live close to us do occur, and resolving the conflict can sometimes be a stressful and tricky path.

We surveyed 1,122 Australians to find out how they would confront an issue with a neighbour. So, how do different cohorts of people go about addressing these issues, and is there a discrepancy between the methods used, based on a variety of variables? Short answer: yes.

Most Aussies are upfront 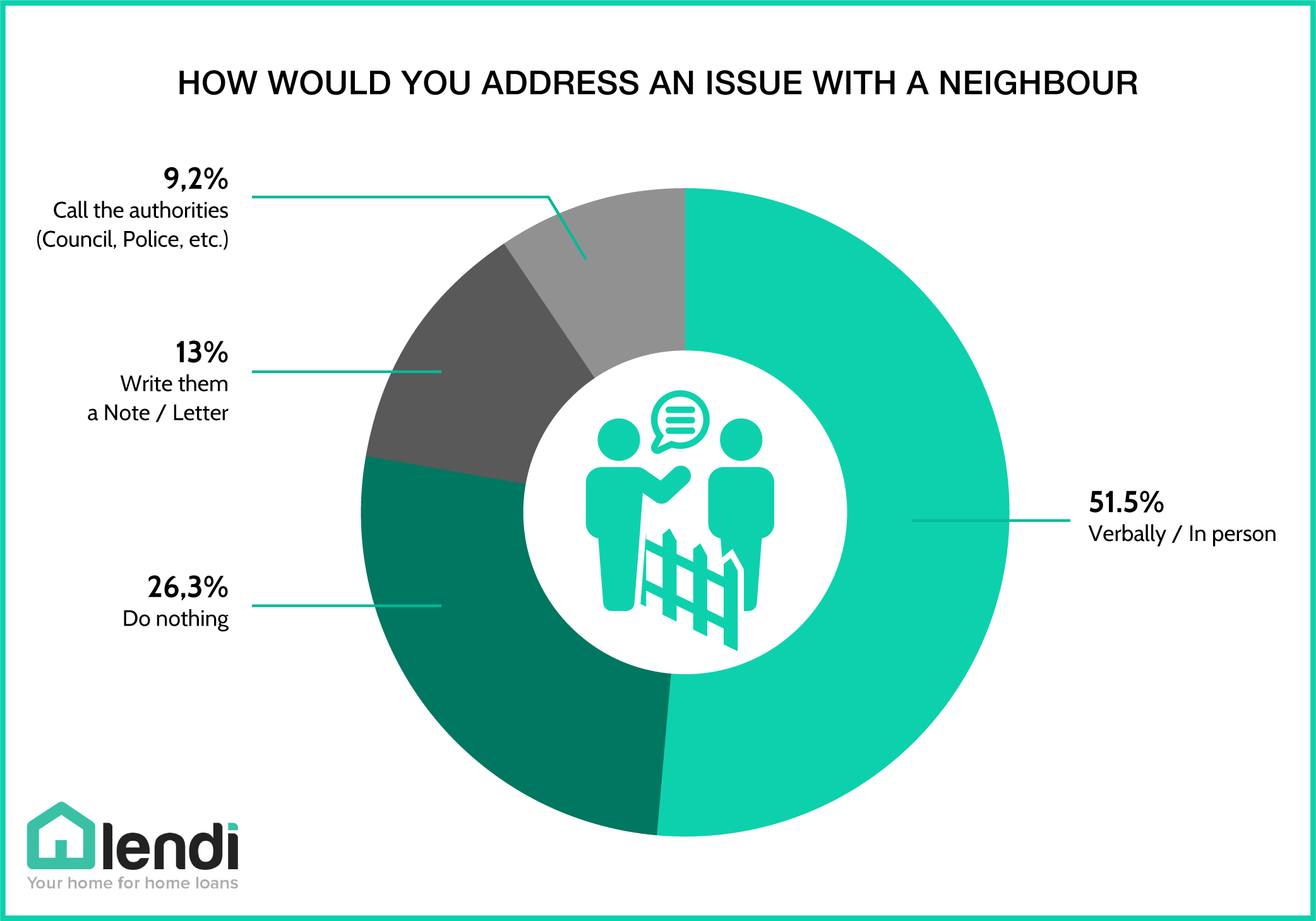 Millennials are the least confrontational

When broken down into demographics, the results show the likelihood of addressing the issue directly in person or verbally increases with age. Nearly 1 in 3 millennials said they would do nothing if an issue arose, compared to 1 in 4 Generation X (35-54-year-olds) and 1 in 5 over 55 year olds. The likelihood of addressing the issue verbally/in person also increased with age. Only 45.7 per cent of Gen Y (18-34-year-olds) said they would address the issue this way, compared to 52.1 per cent of Gen X and 60.6 per cent of over 55s. 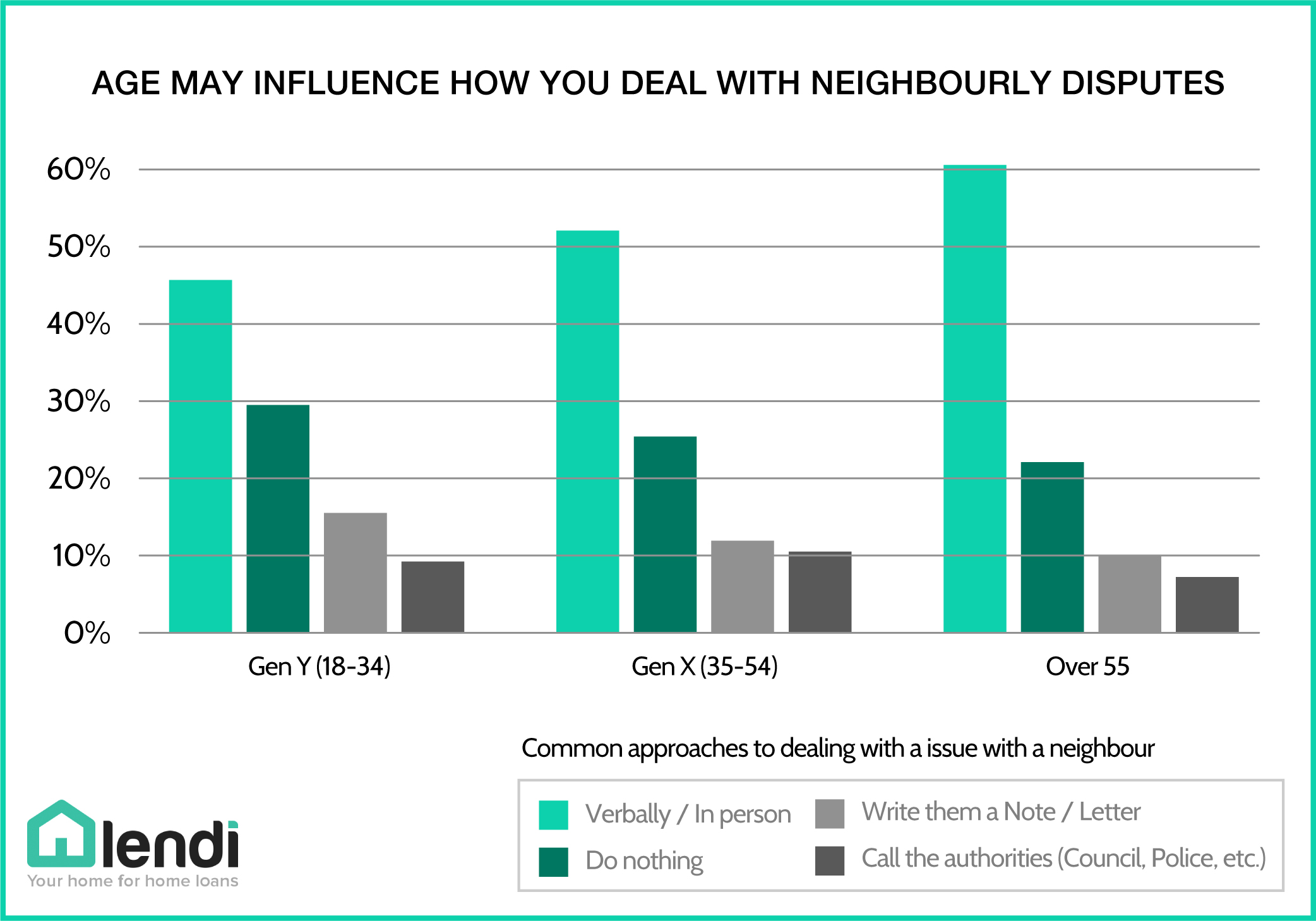 Millennials were also the demographic most likely to write a note or letter regarding the issue. Those within the 18-34-year-old cohort were over 50 per cent more likely to write a letter than the over 55 group.

In 2013, CEO of Quistic Penelope Trunk wrote: “Gen Yers are not risk takers, they are not conflict seekers, and they are generally respectful of institutions and organisations”. Elaborating on this Brian Rashid wrote for Forbes that they “approach difficult discussions in the workplace skirmishly”. Could this assessment be reflected in these survey results, showing how millennials handle conflict with a neighbour?

It will be interesting to see if the millennial cohort’s distaste of conflict changes over the years, and whether it is something that stems from youth or something that is particularly tied to the specific generation. 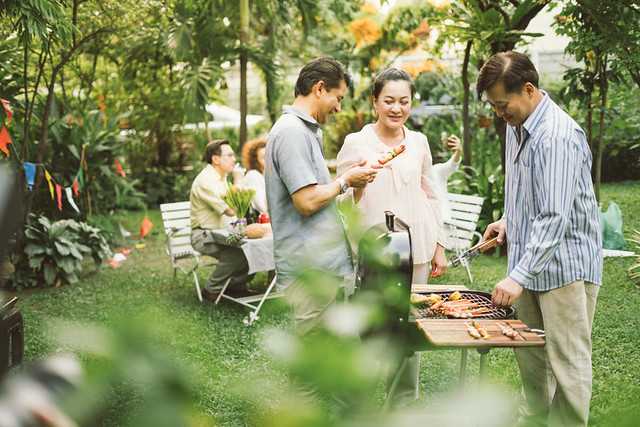 Men are slightly more likely to 'do nothing'

Interestingly, despite the stereotype that males are more likely to be confrontational, the survey showed they were slightly more likely to do nothing than females. 27.5 per cent of male respondents said they would do nothing if a situation arose, compared to 25 per cent of females. When choosing an avenue to address the issue, there were slight differences between the sexes.

Males were more likely to confront the situation verbally/in person - with 53.7 per cent responding as such - than females (49.2 per cent). In contrast, 15.7 per cent of females said they would write a note or letter, while only 10.3 per cent of males said the same. Females were also slightly more likely to respond that they would call the authorities than males, at 10.1 and 8.4 per cent, respectively. 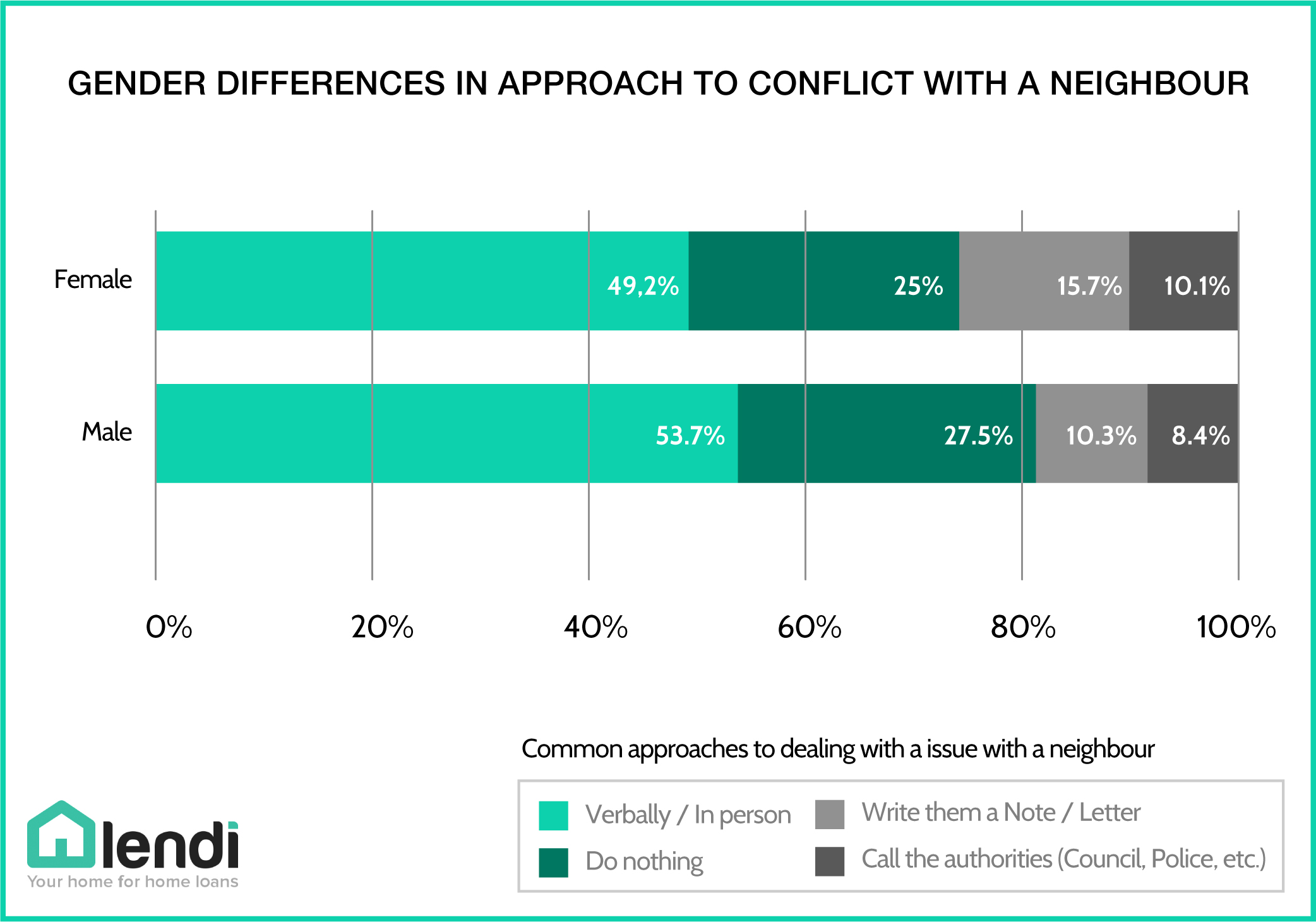 Over the years, many articles and books have been written discussing the differences between men and women when it comes to facing and resolving conflict. In ‘In The Company of Women’, Patricia Heim and Susan Murphy write that “male and female responses to conflict are often quite different and can often be traced back to the way children play”.

This sentiment is echoed by Caroline Turner in an article for The Huffington Post. “Research and observation show that more men than women utilise a direct or aggressive style of conflict, whereas more women than men handle conflict indirectly or avoid it altogether,” she writes.

Victorians most likely to let the issue slide

The method of action also differed from state to state. NSW residents were the most likely to address the issue in person/verbally, with 59.3 per cent giving this response. Conversely, just 43.3 per cent of those in WA said the same. 33.9 per cent of Victorians said they would do nothing, the highest result of any state, while the state most likely to act was South Australia, with only 18.2 per cent saying they’d let it slide.

These differences from state to state could stem from a myriad of reasons, and it’s difficult to ascertain why they may occur.

Having issues with a neighbour is something many of us will face at one time or another during our lifetime. While the majority of Australians said they would address the issue verbally/in person, a total of 48.5 per cent of Aussies said they would choose a different method. There are many different routes you can take if and when issues occur, and it’s important to pick a method that is civil, positive, and right for you when attempting to address the conflict.

Chat to an expert

Our Home Loan Specialists are always here to answer your home loan questions. Choose a time to chat with one of our experts.

Calculate now
How much is your home worth?