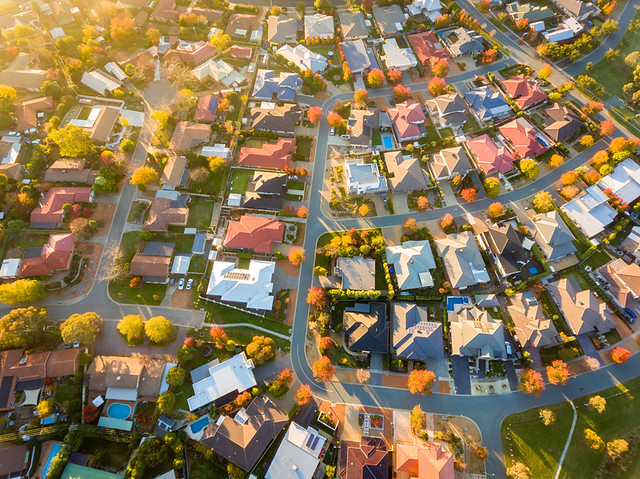 Analysis of owner occupier loans settled on the Lendi platform over the six months to end June shows the median interest rate charged by the big four banks was 8 basis points (bps) higher than non big four lenders at the start of 2020 and peaked at 12bps for loans settled in March.

After two RBA cuts, the local onset of COVID-19 and fierce competition in the home loan market, the gap between the median interest rates closed for loans settled in April when the big four banks were settling loans with slightly more competitive interest rates than the smaller lenders. Since then, we’ve seen a return to the status quo and big bank interest rates sit above those charged by non big four lenders.

For loans settled over the first six months of 2020, the median interest rate charged by both the big four and other lenders has come down by 35 bps.

David Hyman, Lendi co-founder and CEO, comments, “Competition in the home loan market has intensified in the last three months as lenders have fought it out to secure good customers from a growing refinance market and from a contracting new purchase market.”

The big four lenders’ popularity grew with the onset of COVID-19 and the introduction of highly competitive fixed rates but has tapered off since.

Hyman comments, “Thirty-eight and 37 per cent of our loans were settled with the big four in May and June respectively however loan submissions over the last two months indicate that the share of settlements going to the big banks will be reduced in coming months. 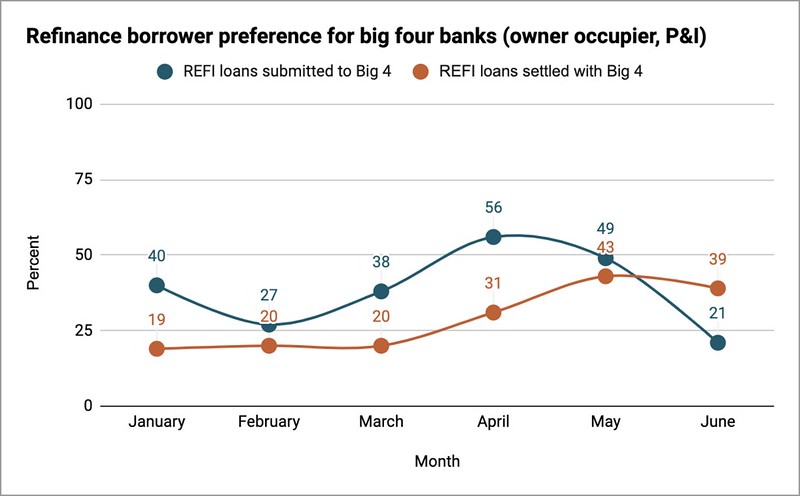 “The swing towards the big four was even more pronounced among refinancing owner occupiers as they sought out low fixed rates and cash back offers however this too appears to be normalising.” 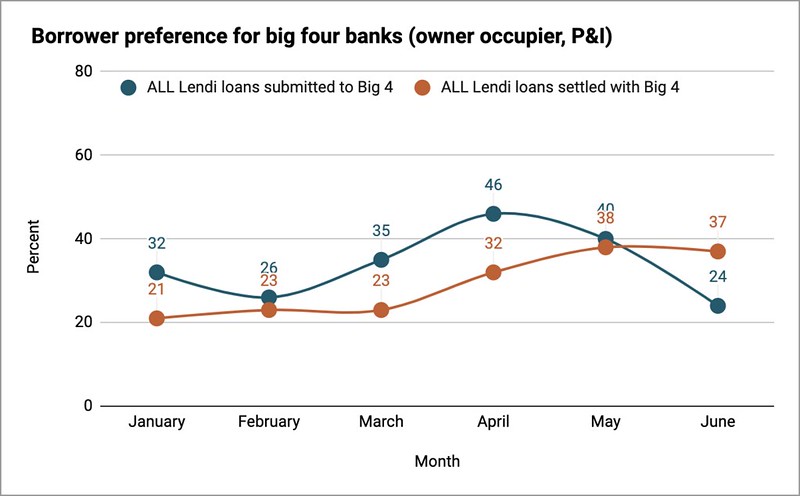 The big four banks continue to have significantly longer loan processing wait times for customers. During the first half of 2020, the average time* from loan submission to settlement was 36 days on refinance applications with non big four lenders whereas it was 54 days with the big four banks.

Savings made in and forgone while refinancing

Lendi data shows owner occupiers paying were able to reduce their interest rates by an average of 96 bps by refinancing during the first half of 2020. On an average loan size of $407,000 this represents an annual saving of $2,295.

Analysis of refinanced loans over the last six months shows discharge times can take between five and 25 days but lenders take an average of 16 business days to discharge a loan before a customer can refinance.

Hyman continues, “The general economic uncertainty brought about by COVID-19 has stimulated refinance activity to record highs as households seek to reduce their outgoings and maximise savings however slow processing by some lenders is deliberately delaying the flow through of benefits to borrowers.

“During the first five months of this year, more than $10 million was left on the table by owner occupiers during the discharge process.”

Lendi data shows that an increasing number of borrowers were already embracing online home loan processing before the pandemic took hold locally. To be expected, social distancing accelerated this uptake as more lenders modified their policies and customers changed their behaviour.

Between April and end June 2020, Lendi saw an increase of more than 50% in the volume of loans settled on its platform when compared to the same period last year.

The LHLR 1H 2020 reflects on homeowner data captured on the lendi.com.au platform between 1 January and 30 June 2020. The sample analysed consisted of more than 2,900 owner occupier, P&I, loans settled during the six month period. *All days including weekends.