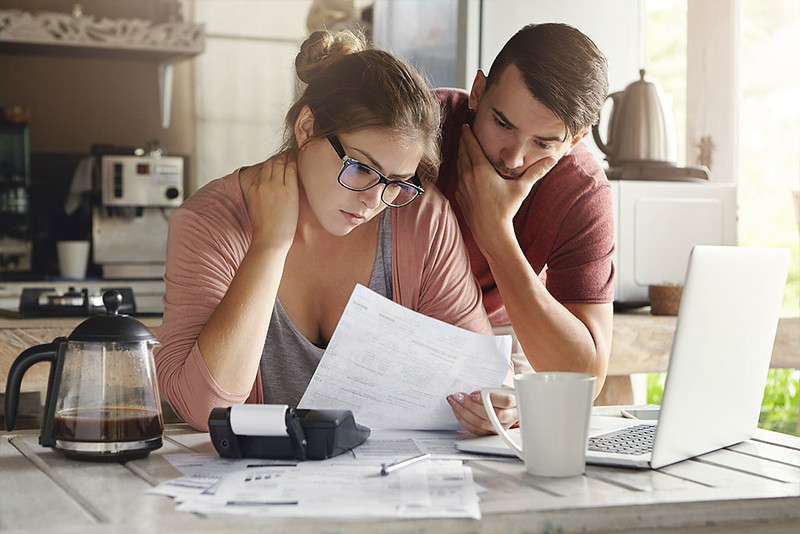 A new generation of borrowers have entered the property market in the last few years, many of whom have never experienced fluctuating cash rates.

With the first cash rate increase landing in May 2022 and further increases expected to follow, how will this affect the home loan repayments of new borrowers?

We explore the impact of rising interest rates on new borrowers and their home loan repayments. We also discuss how this might affect aspiring homebuyers who are interested in entering the property market at such a volatile time.

How will new borrowers be affected by rising rates?

Any borrowers who entered the property market after November 4th, 2020 would have never experienced a cash rate above 0.10% – until now.

With Australia’s first cash rate hike in over 11 years landing in the RBA’s May statement, new borrowers may be on edge about rising repayments. Lenders have already started passing on this cash rate rise in full to borrowers, meaning home loan interest rates are rising.

Let’s use an example to see how this could affect your monthly home loan repayments as a new borrower.

In March 2022, the average new loan in Australia for an existing property was $612,946, according to Canstar. For our example, let’s take a homeowner with this loan amount, an average 30-year loan term and a 2.5% variable interest rate. Their monthly repayments on a principal and interest loan would cost an estimated $2,422 per month.

After the 0.25% increase in May, many lenders have decided to follow suit and raise their interest rates. If their lender increased their variable interest rate by 0.25%, their monthly repayments would increase to $2,502 – that’s an additional $80 per month, or $960 per year.

How has the property market been impacted by a low cash rate?

Australians saw the cash rate drop to 0.10% in November 2020 and maintain this record-low number for 18 months in a row. In the same time frame, housing values increased by 27%, adding approximately $159,300 to the median dwelling value in Australia.

Housing growth has already started to slow, which we’ve seen in the metropolitan areas of Sydney and Melbourne. This is expected to continue as the cash rate normalises in the following months.

Experts have explained that a housing market decline is not only swayed by how high interest rates climb, but by a combination of other factors.

According to data released in March by the Australian Prudential Regulation Authority (APRA), around a quarter of new mortgages are considered ‘risky’. This is due to steep dwelling prices, which have required new borrowers to take on higher levels of debt relative to their earnings.

According to Corelogic, while this information may sound alarming, it’s important to look at the bigger picture. Australia’s unemployment rate is at an all-time low at 4% (the lowest it’s been since 1974) and data has shown that many Aussie households are years ahead of their home loan repayments.

Looking back at Australia’s history of housing affordability

Let’s take it back to the 1990s. After a period of high inflation through the late 1980s, the property market was shaken by a record-breaking interest rate of 17% in 1990.

If we saw interest rates jump that high today, it would be an incredibly stressful and difficult time for Australian homeowners. But it’s important to consider current economic conditions.

According to experts, debt-to-income ratios were much lower 3 decades ago and wages were growing at a much faster rate, making housing prices arguably more affordable in 1990.

Lending rules were also much stricter, making property borrowing more conservative than it is today.

Due to high interest rates, the growth of dwelling prices slowed down considerably. When you take context and these different factors into consideration, loan amounts were much smaller relative to income in 1990 than they are in the present day.

Experts say that while we won’t likely see interest rates enter the double digits, we may start to see the same trend in housing prices as interest rates increase over the next few years.

Additionally, with interest rates growing, borrowers won’t be able to borrow as much as they could when the cash rate sat at a record-low 0.10%, which will encourage housing prices to ease.

Should you consider fixing your home loan interest rate?

With rates expected to continue rising, some new borrowers might be wondering if fixing their interest rate could protect them from rising repayments and potential mortgage stress.

Whether you should consider fixing or splitting your interest rate will depend on your personal circumstances.

If you’re on a variable rate, your home loan repayments are subject to change as the cash rate rises.

A split rate home loan will allow you to fix a portion of your home loan and keep the other portion at a variable rate, so you’ll be able to maintain some stability while having access to home loan features that are only available to variable rate holders.

If you’re interested in fixing your home loan, consider the following:

Our Home Loan Specialists have the expertise to help new borrowers and experienced buyers alike. If you’d like to learn more or have a home loan question, book a time to chat today.

Is your interest rate this low?

Make sure you always have best home loan deal.